Big Results with a Family Feeling 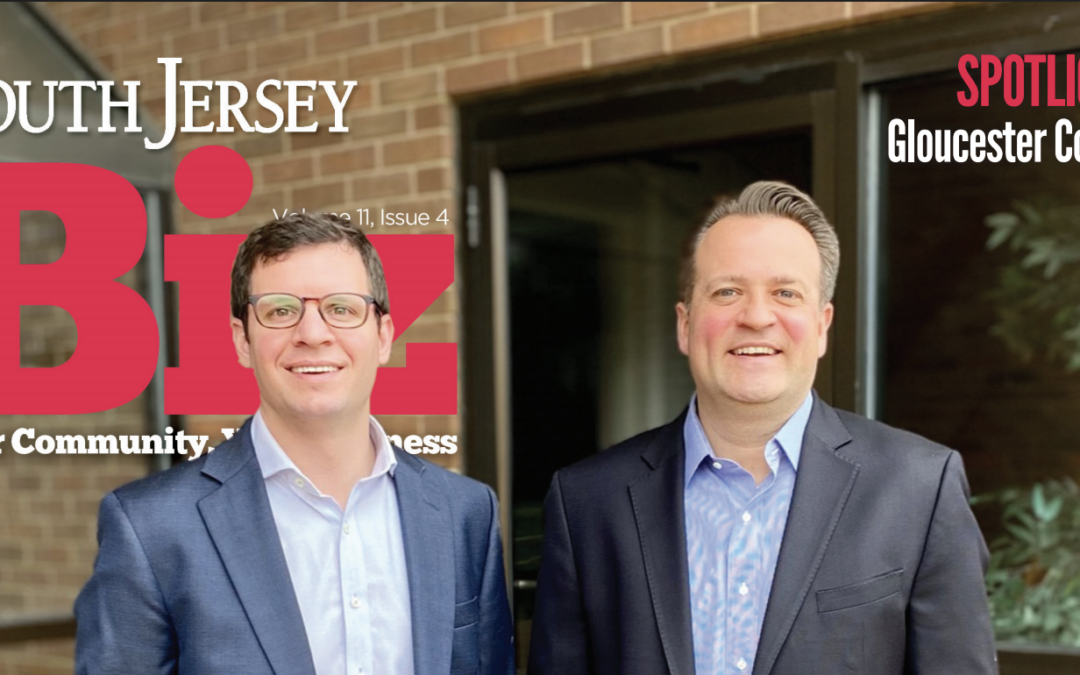 After 75 years and three generations, the team at Stanker & Galetto knows a thing or two about delivering large-company results with the relationship-first approach of a family business.

And it’s partly because the development company is a long-running family affair itself.

Founded in 1946 by the grandfather of President David D’Onofrio, Stanker & Galetto has also seen D’Onofrio’s father Mark and uncle Peter Galetto Jr. at the helm for the past 40 years. His brother-inlaw—Ethan Byler, chief development officer—also became part of the business four years ago. Just like his father and uncle before, D’Onofrio and Byler will continue the tradition of leading the family business.

The company has been able to endure and thrive throughout the years, D’Onofrio says, because of its dedication to a high quality of  work and respect for relationships both longstanding and new.

“We’ve had some clients who have come to us after talking to the larger firms specializing in their industry, like food processing or cold storage, and say they want more of a family feeling, especially in South Jersey where there are a lot of good, family-owned  businesses that want that family-type relationship,” he explains. “That’s what we provide, and we do it with the expertise of what we’ve learned, because you learn something from every project.”

What began as a general construction company has since expanded its roster of services to meet the region’s needs, and is recognized as a leading design-build firm in South Jersey. Over the decades, the team has completed projects that include constructing  everything from medical facilities  to car dealerships to warehouses, as well as delving into real estate, industrial and commercial development.  Design-build services require retaining overall leadership of a project team of architects, engineers and other professionals, and hiring the most qualified  subcontractors and tradesmen throughout South Jersey.

The project team is engaged with the foremost goal to execute a timely, cost-effective and high-quality end result for the collective client.

“The customer is engaged in the design process,” says Byler. “We tell them the type of facility we’d be interested in owning and leasing to them. We want to build a modern facility, so then we just take their requirements and scope out the project,  analyze the cost information, let them know what the rates would be to lease the building and then come to a lease agreement prior to even starting design and construction.”

As a construction project also includes the municipality where a facility will be located, Stanker & Galetto makes sure that it’s in constant contact with a town’s local government, too.

Take, for example, the recently finished refrigerated  warehouse in Delanco designed for the ever-growing Misfits Market, which delivers the “ugly produce” that grocery stores and markets pass on stocking.  After the site’s previous facility burned down, Stanker & Galetto purchased the property in a partnership with RLS Logistics and began the redevelopment process. From there, the S&G team worked with Misfits Market to ensure the custom- built unit fits their exact needs.

“Misfits Market originally came to us about building a 150,000-square-foot building for them and then before we even completed that building, they wanted an additional 95,000 square feet. … The result was a great project for both parties and building a new relationship by executing rapidly in a critical time for their business,” D’Onofrio says.

D’Onofrio and Byler also cite a current project as an example of how deep S&G’s roots go. When Comar, a supplier specializing in plastics and medical packaging now in its

“My uncle, father and grandfather built some of their original facility in Buena,” says D’Onofrio. “The CEO of Comar is part of the original founding family of that business, so there was a recognition of the capabilities that we could bring to the  table to execute an expansion for them. It speaks to those old relationships becoming new relationships.”

Byler, D’Onofrio and the whole Stanker & Galetto team do not take that long-cultivated reputation for granted.

“It’s the definition of success, that David’s and my wife’s grandfather, uncle and father have built a company that has been reliable and trusted in the  community for 75 years,” says Byler. “We feel empowered and driven by our responsibility to continue that.”

“We still get calls from people we built with 30 or 40 years ago, even if leadership has changed,” D’Onofrio confirms. “People need reliability, and  they want to work with people they trust.”

Check Us Out in the SJ BIZ Magazine 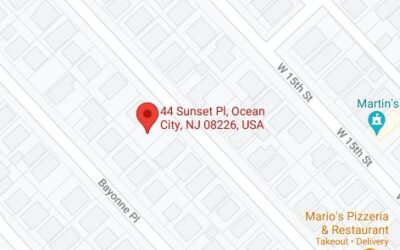 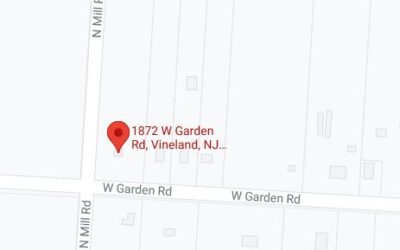 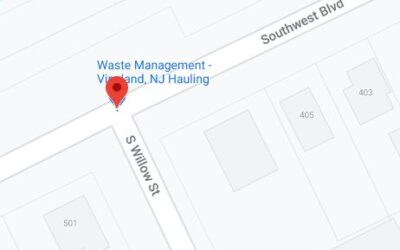 President Emeritus Peter Galetto, Jr. is the second generation of the Galetto family to manage the company and is the driving force behind the rapid growth of Stanker & Galetto. After receiving a degree in commerce and engineering with a focus in finance, Mr. Galetto learned the construction business literally from the ground up. He began as a laborer and equipment operator for several years, then worked as a field supervisor before becoming Vice President of Sales Estimating. His success in each area became his foundation of support to take the helm as President and CEO. Mr. Galetto’s ability to forge solid relationships with clients, subcontractors and employees serves as the core of the company’s success. He is also accomplished in real estate speculation and development. Mr. Galetto received a B.S. in Commerce and Engineering from Drexel University, majoring in Finance and Management. He also graduated from Harvard Business School’s Owner/President Management Program. Mr. Galetto has a passion for giving back to the community. He is a member of the Board of Directors for Inspira Health Network, a board member of the Hendricks House Group, and also serves as the Parish of All Saints Finance Council President. He has been honored by several organizations for his community service: Entrepreneur of the Year by the South Jersey Development Council, Gregor Mendel Award from St. Augustine Prep, Vineland Rotary Club Outstanding Vocational Accomplishments, and the Order Sons of Italy in America Distinguished Golden Lion Award. For recognition in environmental achievements and initiatives, Mr. Galetto has been honored as a finalist in the NJBIZ Green Leadership Awards in the category of Green Executive of the Year.

Secretary/Treasurer F. Mark D’Onofrio serves as Secretary/Treasurer for Stanker & Galetto, where he is a vital member of the team that determines the company’s strategic direction. With more than 30 years of experience with the company, Mr. D’Onofrio is responsible for business development and project coordination. He holds the LEED (Leadership in Energy and Environmental Design) Accredited Professional Certification in Building Design & Construction. Along with his keen attention to detail, Mr. D’Onofrio has the unique ability to produce excellence in every project he oversees. His belief in service and response to a customer’s vision and needs fosters long-lasting relationships with clients. Mr. D’Onofrio holds a BS degree in commerce and engineering with a major in management and finance from Drexel University. He takes an active role in many community-oriented pursuits. He is an Executive Board Member of the Cumberland County College Foundation and is Chair of the St. Mary’s School Board. Mr. D’Onofrio is a board member of the St. Augustine Prep School and a member of the Diocesan Building Advisory Committee (Diocese of Camden).  He is a past Chairman of the Newcomb Hospital Foundation and has been a recipient of the Gregor Mendel Award.

Executive Vice President, Field Operations Albert Rochetti, Executive Vice President of Field Operations, joined the Stanker & Galetto staff more than 30 years ago and is responsible for insuring that the overall safety, quality, and productivity of the Stanker & Galetto workforce is consistent with the company’s goals and objectives. Mr. Rochetti has experience at all levels of the construction industry from laborer, carpenter apprentice, and journeyman to foreman, superintendent, and general foreman. He holds a BS in education from Mount Saint Mary’s College in Maryland and uses his previous experience as a high school teacher as the foundation for training on important safety issues. Mr. Rochetti has also completed OSHA 30 training.

Chief Financial Officer As Chief Financial Officer for Stanker & Galetto, Joseph A. Angeloni brings more than 25 years of experience in construction, real estate development and financial operations to the company. His professional expertise includes strategic planning and implementation, internal and external reporting, cash management and forecasting, acquisition planning, review and integration and MIS operations. Mr. Angeloni holds a BS degree in business administration with a major in accounting from Drexel University, is a licensed Certified Public Accountant in the state of New Jersey and a member of the American Institute of Certified Public Accountants. He also serves as president of the Gloucester Township Economic Development Corporation.

David D’Onofrio is the President of Stanker & Galetto, and the third generation in the Galetto family to hold the office. David graduated from the University of Notre Dame in 2007 with a degree in Civil Engineering.  David also holds a Masters in Construction Management from Philadelphia University.  Between his degrees, David spent two years in Chicago working for Collins Engineers, Inc as an Assistant Resident Engineer and Field Inspector on heavy highway construction projects.  David also currently serves on the board of Dun-Rite Sand & Gravel. David lives in Haddonfield, New Jersey with his wife Laura, two daughters, and their corgi Ralph.  David enjoys spending time with his family, and is an avid sports fan, especially when it comes to Notre Dame football. David has spent his life in and around the family construction business. He accompanied his grandfather, company founder Peter Galetto, Sr., to job sites as a young child, earning him the nickname “The Boss.” David has been proud to work side by side with his father, Mark D’Onofrio and uncle, Peter Galetto Jr., since joining Stanker & Galetto in 2010 and looks forward to continuing the family legacy.

Executive Vice President & Chief Development Officer Ethan Byler is the Executive Vice President and Chief Development Officer at Stanker & Galetto where he leads business development, property development, and leasing activities. Ethan also serves as President of B.D.G.S, Inc with industrial real estate holdings in Southern New Jersey. Ethan is passionate about economic development and working in partnership with communities in South Jersey to support their growth. Prior to joining the family business, Ethan held executive leadership positions at BioHealth Innovation, Inc. (Rockville, MD), the Pennsylvania Biotechnology Center (Doylestown PA), and the American Society of Mechanical Engineers (Washington, DC) where he supported the growth of new ventures and partnerships for these organizations. Ethan also served on the Board of the Maryland Business Incubation Association. Ethan started his career in regional economic development consulting focusing on regional economics, emerging technology-based industries, industrial diversification, and business incubation of early-stage companies. Ethan is married to his wife Kara D’Onofrio and they have two daughters, Sophia & Juliana. They enjoy spending time with family throughout South Jersey, Ocean City and the Byler family farm in northwest Pennsylvania. Ethan achieved a master’s degree from the Fels Institute of Government at the University of Pennsylvania and a BA from the University of Charleston.